National Report: Are Men Wanted in Early Childhood Teaching and What Contributions Can they Make?

Home » Public Area » The Big Issues » Sexism and Male Teachers » National Report: Are Men Wanted in Early Childhood Teaching and What Contributions Can they Make? 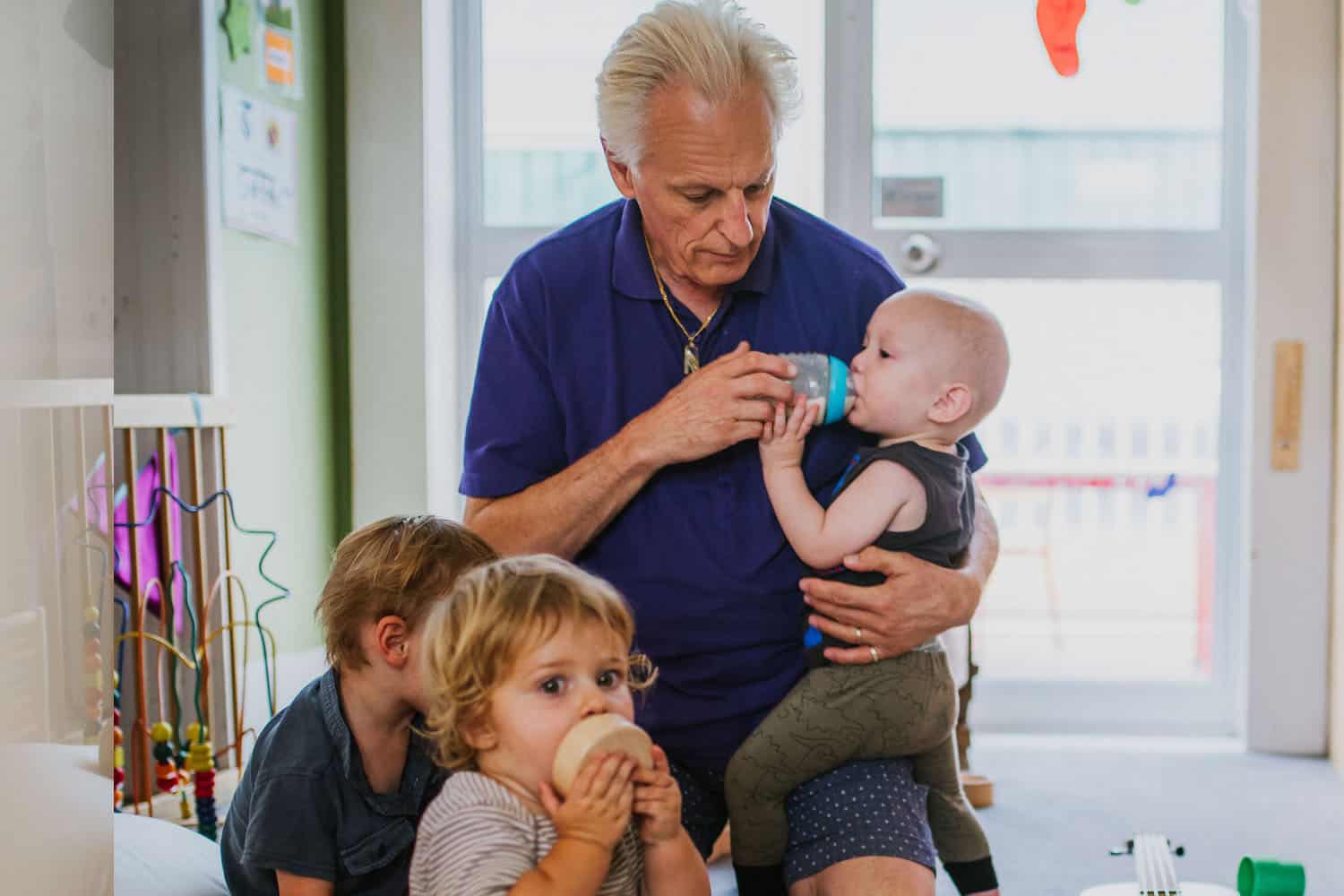 Women dominate the childcare and teaching sector in New Zealand. It would seem that the gender imbalance is accepted because the work involves being with young children. Men in childcare are still rare – So are men wanted in early childhood teaching?

The size of the early childhood sector and its workforce has grown exponentially over the past decade and early childhood teaching has become professionalised with more qualified early childhood staff than ever before, but no significant increase in male representation has occurred.  Despite being a country that internationally is recognised as being at the forefront of gender equality, there have been no sustained initiatives to address the gender imbalance in the ECE sector.

The aim of the survey was to determine whether those in the sector wanted to see more men in the workplace and what benefits or disadvantages it could bring. The results show that the majority would like to see more men in ECE.  Not only was it believed that more men in the sector would bring a range of benefits for children, but it could also lift the overall quality of teaching by introducing gender diversity, improve staff dynamics and encourage fathers to become more involved with their child’s education.

A more diverse workforce, with men represented as well as women, is seen as being necessary to expand the quality of early childhood education for children and bring different viewpoints and ways of working to the ECE profession and the sector.  However, the results also reveal some worries expressed by a minority of respondents about how increasing the number of male teachers may impact on job security and the sector as a whole. Some expressed concern that there may be fewer employment opportunities for women, that men might get special treatment or be given better jobs, and that men, who had not proven themselves to be capable of basic care-giving, might be employed as teachers.

The majority of respondents would like to see government play an active role, in some way. The survey results present a clear message to the government that it needs to assist to help create change. Many respondents felt the lack of men in ECE was a social issue that needed to be recognised as some other gender inequalities have such as the need for more women in Parliament or in professions such as law and medicine.

The Survey and Respondents

The online survey was carried out during one week in August. Invitations were sent to members and posted on early childhood social media pages.

It was not asked how many centres or home-based schemes were operated by individual services but comments indicated that some services operated more than one and some up to hundreds of ECE centre or home-based licences.

Additional responses were received from 13 student teachers and 21 individuals (e.g. relief teachers, special educationalists, researchers, government officials, a high school teacher of ECE, and retired ECE professionals).  Their responses are reported separately at the end of this report (see the Appendix).

The survey asked two questions. Firstly, participants were asked whether they felt the government should take any action or not to increase the number of men in ECE. Secondly, they were asked whether higher numbers of male ECE teachers would have a positive, negative, or no effect on the following areas:

Participants were also asked to leave additional comments for both questions if they wished.

Should Government Act on this Issue?

Most respondents (64%) wanted the government to take some kind of action to increase the number of men in early childhood teaching.  A further 21% would like to see government doing something but were less certain and expressed conditions and reservations about what form any action might take and what the consequences might be for the sector (e.g. would it take money away from spending on other things in the ECE budget).

As shown in Table 1 the responses of early childhood services and teacher educators to this question were remarkably similar.

The comments revealed diverse opinions on the need for government intervention in this issue.

Of those who did not want to see government take any action, or stated ‘maybe’ some felt that it was the responsibility of men themselves to sign up as early childhood teachers

Others thought ECE services and training organisations should take the initiative

Some respondents expressed fears about what could happen if men were encouraged to enter the ECE sector, such as job availability for women, costs to the sector and teacher standards

A range of suggestions to support an increase of men in the sector were put forward including scholarships, media campaigns, incentive grants to ECE services,  setting performance indicators, and helping to make ECE teaching an attractive career option

Would Having More Men Make a Difference and How?

The results show that increasing the number of men in ECE would have wide-ranging benefits for children and a positive effect on the sector according to the respondents (see Table 2).

A small minority of respondents feared a change for one or more reasons, mostly it would seem, because they are comfortable with the current gender bias and worry that the involvement of men could be negative for women.   For example:

Table 2:  Responses to the Question of What Differences Would Having More Male Teachers Make

According to the majority of respondents, the involvement of more men in early childhood teaching would be beneficial for:

Around half of the respondents (47%) felt that parents would place a higher value on early childhood education if more men were involved while a further 45% said it would be unlikely to make a difference to parents’ regard of the value of ECE.

Eleven percent of respondents felt that having more male teachers would make parents see their service as a less safe place for children, for example respondents said:

However, nearly half (48%) indicated that it would make no difference to perceptions of children’s safety and a further 28% felt parents would more likely view the environment as being safer because services would become more conscious about child safety.  These results go against suggestions that many in the sector believe having male teachers reduces child safety and parents would not therefore support the employment of male teachers.

Respondents who stated they had no opinion or could not answer any one of the statements listed, were  uncertain, did not want to give an opinion without experience of employing or working alongside men, or they wanted to know what other people thought first.

The chart below presents the results in a different way – graphically.  The lengths of the orange and blue bars in the graph show that the overwhelmingly majority of respondents thought that on nearly all of the areas/statements listed it would better to have men as teachers.  On the areas of parents’ perceptions of a safe environment for their child and staff wages and salaries only a small minority of respondents believed the presence of more men in the ECE workforce would make these things worse.

The comments revealed a number of perceived benefits men can bring to ECE both in general and specifically for each of the statements in the survey.

Parents’ Views of a Safe Environment for their Child

Dads and Male Caregivers Participating in their Child’s ECE service

1. To give children greater choice in adults to relate to

2. So ECE services reflect the gender composition of their community

General comments from Services Who Have, or Have Had, Male Teachers

The results of this survey show that while there is a definite desire to see more men in early childhood education, discussion needs to take place on how this should be achieved and what checks and balances need to be put in place to make sure any impact on the sector is positive rather than negative.  While most felt that government should act on this issue there was some comment also about possible impacts on women in the sector and whether it could take spending away from other areas in ECE.

The feedback given by respondents presents a call to the government (or its Education Ministry) to take a lead role in addressing the issue.  While individual services and training organisations can, if they wish, go some way to making the sector more attractive to men, to achieve any significant increases a prominent and positive campaign to invite and support men into teaching is needed among other possible strategies.

Work especially needs to be done on improving the image of male early childhood teachers in the eyes of the public and increasing the appeal for men of working in the ECE sector.

Further surveys on this issue could gauge whether parents, MPs and government officials  support gender diversity in the early childhood teaching workforce.

All 13 student teachers wanted the government to do something to change the gender imbalance in the early childhood teaching workforce.  For example:

Student responses to the statements on what differences it would make to have more male teachers echoed those of the ECE services and teacher educators.  Table 3 below shows that student teachers believed have male teachers would bring positive benefits in key areas for children and staff relation, while some rated it would make no differences to parents’ perceptions of child safety and staff wage/salary levels.

Table 3.  Student Teacher Responses to the Question of What Difference Would Having More Male Teachers Bring to Children, the Sector, and Parents’ Views of the Sector and Child Safety

The 21 other individuals who completed the survey gave similar responses to the respondents this study specifically targeted (i.e. ECE services and teacher educators).

Here are some examples:

Parent does not want Male Teacher. An early childhood centre manager asks: After informing our parents that 2 new teachers had been appointed for the start of term, a mother said she did not want one of these teachers, a […] 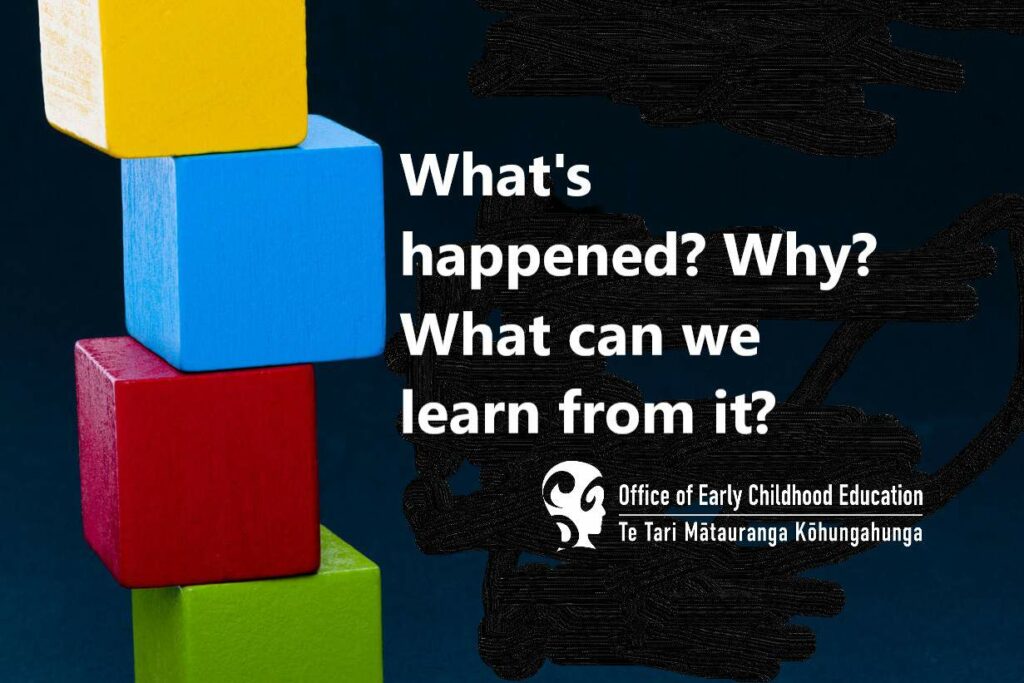 Major Privacy Breach by one of NZ’s Largest Childcare Providers. March 31, 2022. In a major privacy breach, one of NZ’s largest providers of early 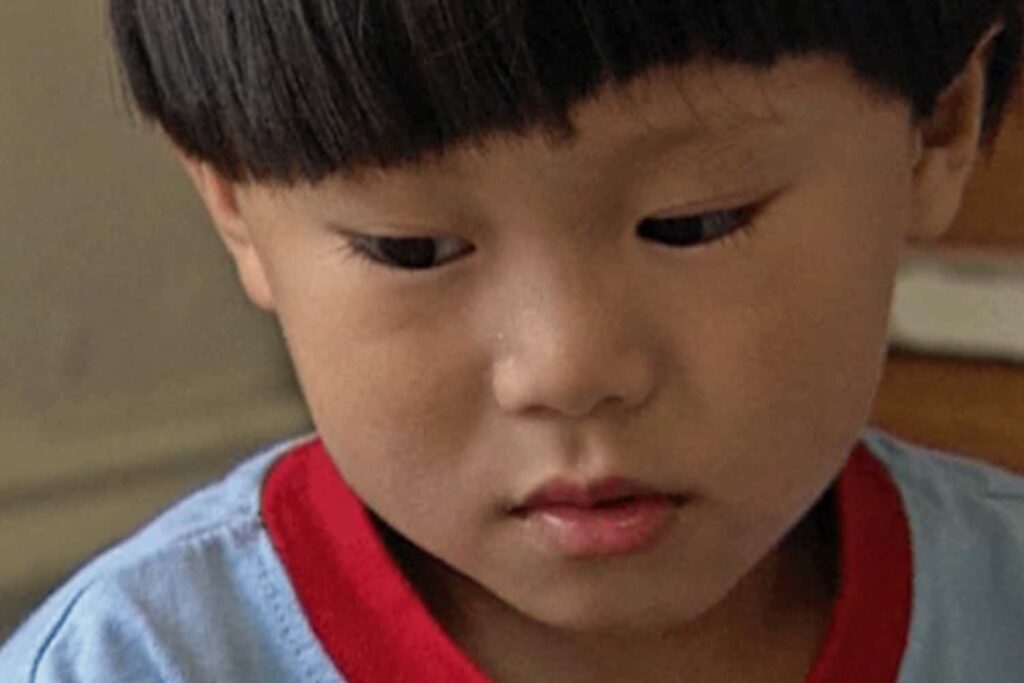 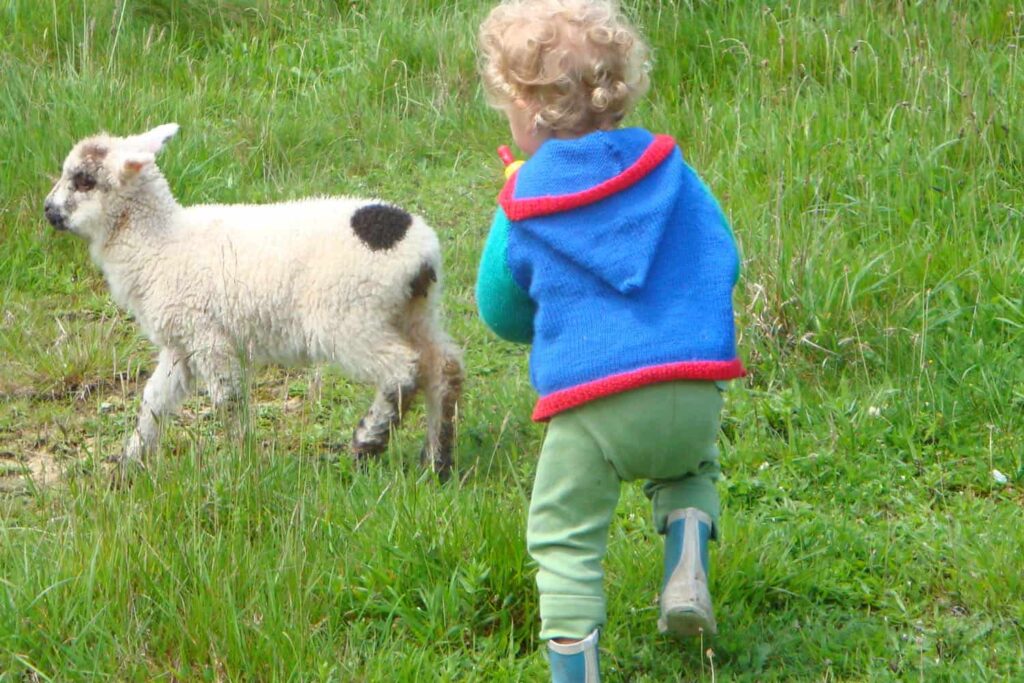 Farm Visit with Children. While the animals may not be as exotic as the ones you find in a zoo, going to a farm can still be a great day out. It can be especially good for smaller children as […] 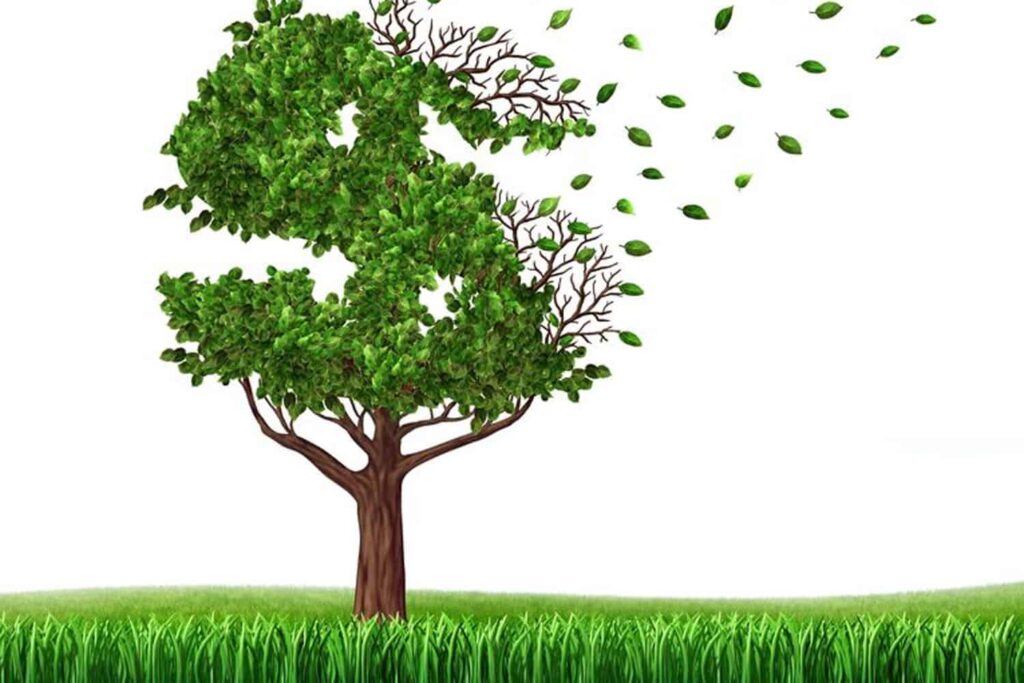 Removal of the 100% ECE Qualified Target and Funding

Issues Created by the Removal of the 100% Qualified Target and Funding Band. Date: 6 October 2016. Overview. In 2010/2011 following the reduction in target