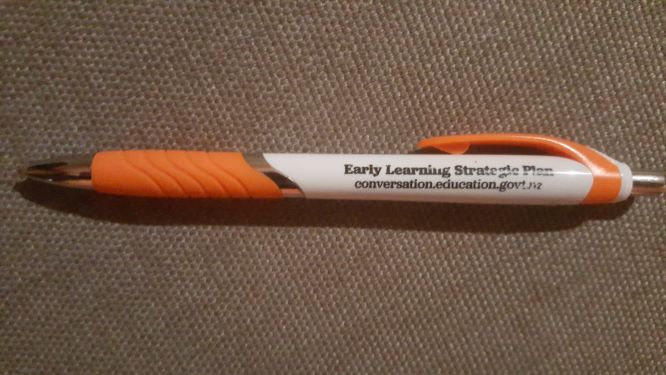 I hope you got your pen and muffin because there’s nothing else forthcoming yet from the Government’s 10-Year Strategic Plan for ECE – published and released with a new title of “Early Learning Action Plan‘.

The Ministry spent $4,380 on pens. If you were one of 1,900 people who gave up their time and travelled to one of the 44 public consultation meetings you might have got a pen.

The Chair of the Minister’s Advisory Group, Carmen Dalli was paid $680.00 per day and 5 other members of this group $480.00 per day – standard rates. The total amount in fees paid to the MAG of $37,000 seems on the low side – suggesting that perhaps the expertise of the MAG members was not utilised to write the plan and lead and observe consultation meetings as much as we might have expected. It would seem that a lot was done internally by Ministry staff and also close to $200,000 was spent on external consultants.

Then there was another $40,500 spent on printing booklets.

On top of that were costs incurred by another group the minister formed called a ‘reference group’ – of which there were 33 in the group who travelled into Wellington from all over the country.

What we’ve got for the money is a pen each (if you physically attended one of the consultation meetings) and possibly a copy of the 46 page “Early Learning Action Plan 2019 – 2029″ booklet. Take off the cover, a couple of pages listing the contents, the annex (appendices) and references and you’ll find the text itself take up only around 34 pages. Many of the pages feature lovely photographs that take up at least a ¼ to ½ of the page. It’s very low on substance and content.

The final plan was to be done by December 2018, the Minister of Education told Cabinet.  But, in fact it was December 2019, a whole year later before it was completed and released.

Time has gone by. The government has finally developed a ‘plan’. It has done little else for the  ECE sector yet.

Were the Early Learning Action Plan Costs – Time and Money Worth It?

History shows that following big nation-wide consultations and plans getting done, often nothing happens. For instance, the Government’s ECE Taskforce 2011 report and the 2012 raising quality in ECE sector advisory reports for under-2s and for the sector wide. It looks like this could be another one, for which nothing happens.

This is Labour’s second attempt at a long-term Strategic Plan – if it didn’t work first time – global financial crisis so spending was reigned in and change of government which can happen every 3 years, why try again? Why not just come into government running, and bring in needed and positive changes immediately instead of keeping everyone waiting and waiting?

ECE might be thrown some lollies – or perhaps ECE might be a big winner – in the forthcoming May 2020 Government Budget. So, that then brings us to the next general election before we could, possibly see some actual ‘action’  – action that is other than developing an ‘action’ plan.

Prime Minister Arden has announced the date of the next General Election – it will be on 19 September 2020.

Hugo: “They had nice food for us at the meeting. I made it a time to stir. I asked why the Ministry thought it was okay to pay low wages to ECE when they have parity policies for men and woman. But they obliviously don’t not have parity policy that go between the sectors. They pay primary relievers twice as much as ECE ones. Discrimination is allowed if you don’t make the policy. I also asked a Ministry ECE staff member about an action plan to try and get more men into the ECE sector to get some balance. They don’t get any complaints they said. I said parents are always saying that their children are going to intermediate or collage and never had a man teacher. We really don’t have pressure on the Ministry because parents are happy with the work all the woman are doing.” 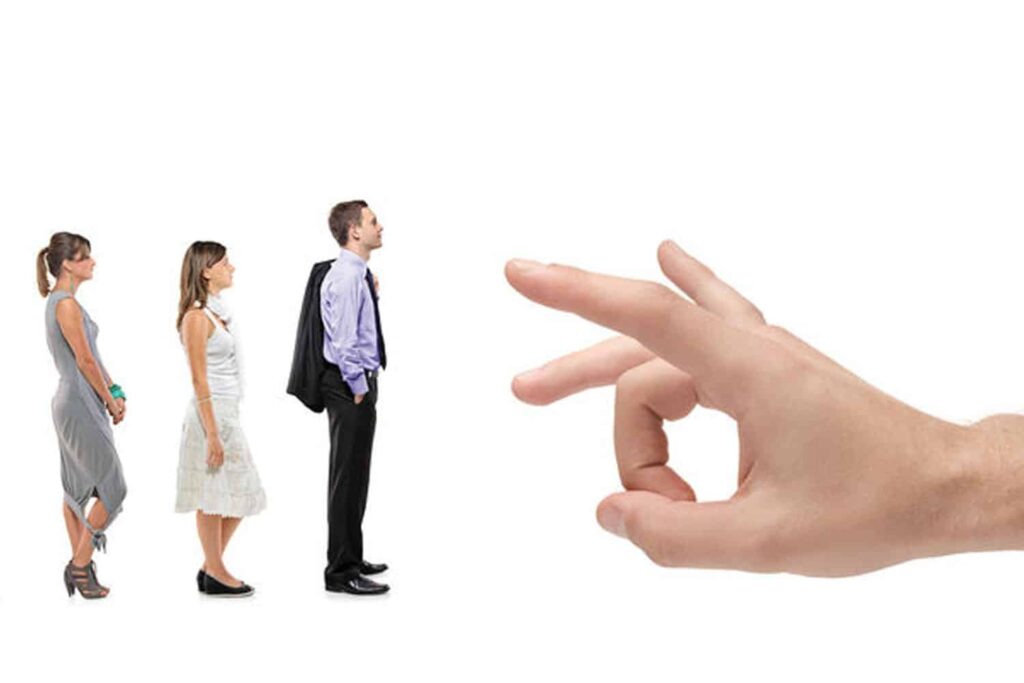 Managing Relationships When Someone Tries to Take Over or Micromanage 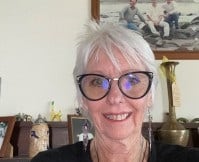 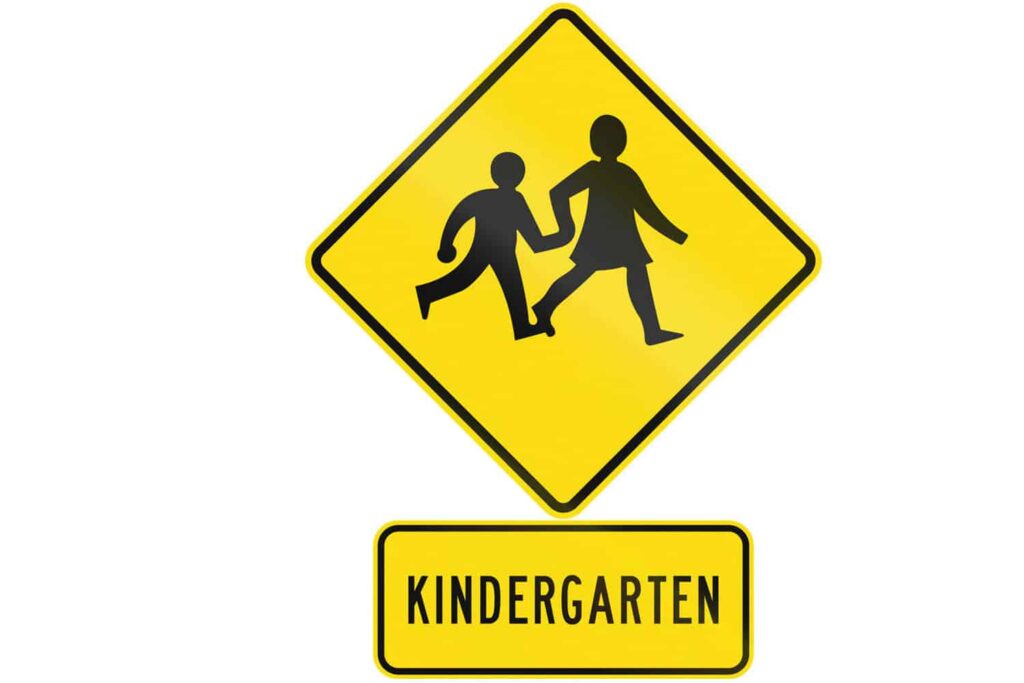 If you are not happy about restructuring proposals for your kindergarten, then here’s a helpful article with background information and questions you could ask. By 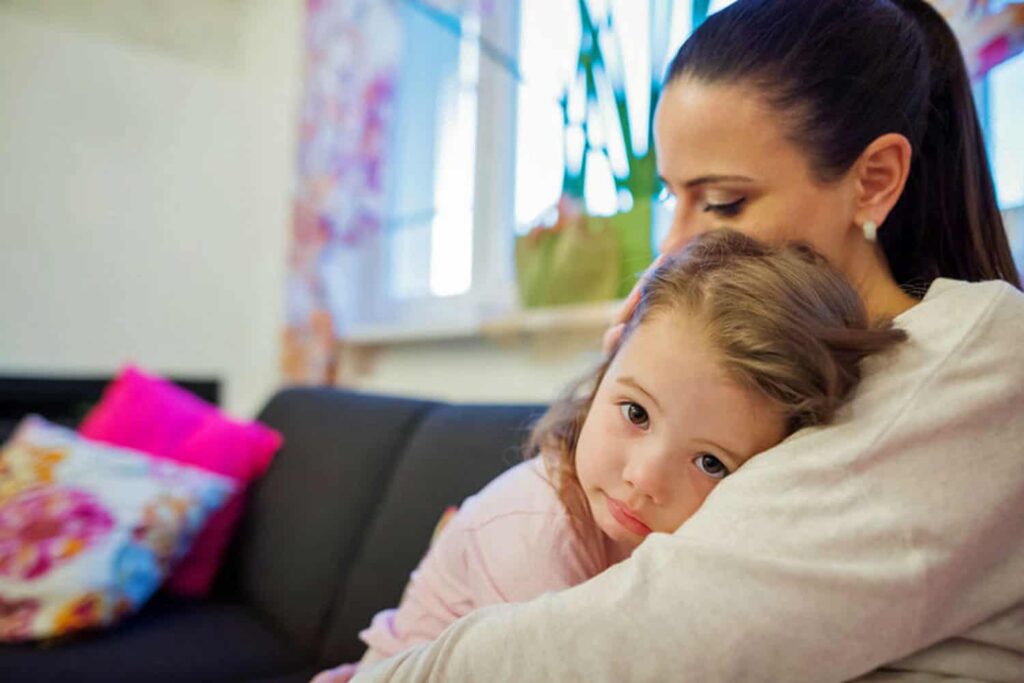 July 9, 2020. The Discoveries Educare Lincoln Road Henderson centre is the latest in the Auckland childcare chain to be closed by the Ministry of

Early Childhood Educators’ and Parents’ Perspectives of Literacy for Children Under Three: An Exploratory Study