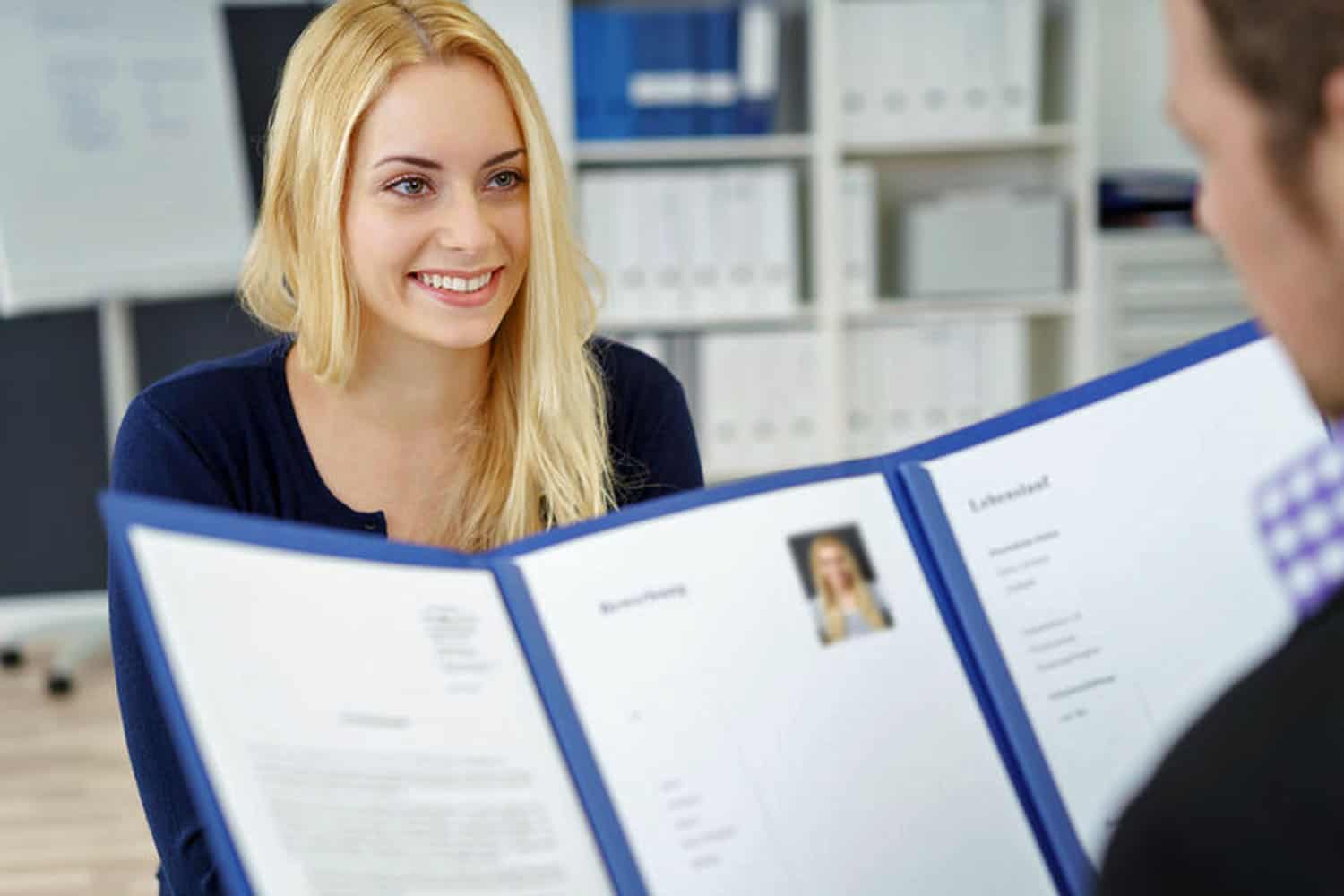 Now is not a good time to be an early childhood teacher if you are looking for your first job or seeking a better job.

Demand for early childhood teachers has been high until the past two years. Teachers were basking in unprecedented demand brought on by the introduction of the 20 Hours Free ECE scheme for children and by government targets to increase the proportion of qualified teachers with funding incentives for ECE services sitting alongside the targets.  Desperate centres offered more than the standard wage and salary rates, putting teachers in a strong bargaining position.  It was said at the time that there was a crisis of supply of early childhood teachers.

Teachers were happy to be in demand. However, not all employers were happy, particularly those who did not like paying teachers more than what they were perceived to be worth.

In 2009 the Education Minister delayed the 80% target for qualified and registered teachers scheduled to come into force in 2010, saying that employers would be given until 2012 instead to reach this target.  Planned changes for lower teacher-child ratios, one of the National Party’s election promises at the time, were scrapped to reduce pressure on employers.

This becomes a puzzle when it is considered that at the same time as the number of job adverts are falling the amount of time children on average spend in ECE is increasing along with the number of childcare centres and home-based agencies.  The drop in formal advertisements in the Education Gazette could be attributed to employers turning more to social media or other means of advertising for staff.  This may be the case but other statistics also add support to the possibility that teachers will be competing more for jobs and full-time regular positions will become harder to get.  Data from the annual returns supplied by early childhood services to the Ministry of Education show that between 2009 and 2011 the number of staff employed full-time dropped from 14,607 to 14,297 while the number of staff employed for less than 25 hours a week increased from 3,790 to 6,347.

If the adverts for kindergarten staff in the Education Gazette are anything to go by it seems that the existing kindergarten workforce is churning at a slower pace and teachers are perhaps preferring to hold on to their current jobs rather than going for a new job. In the rest of the early childhood teacher-led sector it would seem that not only are staff preferring to hold on to their jobs but also employers are looking to reduce their numbers of qualified staff and/or the hours that these more expensive staff work which in turn means reduced opportunities for teachers to find a suitable position.

It could be expected that there would be more staff turnover in Canterbury than elsewhere as people look to get out of the city, and new centres replace those that were damaged. Interestingly the percentage change in the number of ECE teaching job adverts in the Education Gazette for the months of January and February 2010 – 2012 was the same for Auckland and Christchurch – a 37% decrease.  The downward trend seems to be occurring across New Zealand. At the regional level in smaller regions such as Taranaki and the West Coast the numbers are small which makes any comparison from one year to the next difficult.

An Auckland teacher wrote:  “I’d say that the job market is very tough at the moment.  I’ve been rejected many times for job applications even though I’m a qualified teacher.”

Another teacher wrote:  “From what I’ve heard in Auckland, it’s not as easy as it used to be to find a position.  The owner of the centre I work at told me that when she advertises now for a position for a teacher at any one of her centres, she is inundated with applications.”

A lack of jobs for qualified teachers could become a major problem for the early childhood profession if it wants to continue to attract people into the profession who are prepared to spend time and money to become qualified.

A 2011 Bachelor of Education, ECE, graduate wrote in February 2012: “I’m sitting here in the middle of the day on my computer.  What does this mean in terms of employment?  It means I’m not working. I need to practise what I have learned.  How can I do that when centres are advertising for non-qualified teachers?   Come on New Zealand.  I’ve worked hard to obtain a qualification and now I want to use it.”

Less staff turnover could also become a problem for employers looking for staff with specific experience or abilities.

An employer wrote:  “Early this year we employed a new teacher and were shocked with the overload of qualified applicants applying for the role that did not have the experience required for working with a mixed age group of children (babies through to pre-schoolers).”

The 80% qualified and registered teacher target planned for 2010 was pushed out to 2012 by the Education Minister in 2009.  It is now 2012 and indications are that there is no longer a shortage of qualified teachers. Moreover, there is a high risk that the financial investment in ECE made by the government to increase the qualification level and percentage of qualified teachers teaching young children will be lost.

One remedy to limit the escalation of a job shortage and potential loss of qualified ECE teachers to the profession along with losing the benefits of the investment that the government has made in teacher training would be for the Minister of Education to now look at regulating for 80% (or at the very least changing the current minimum regulatable requirement of 50% to 65 or 70% and increasing the funding for services in the 80% funding band).  In 2011, 71% of teachers in teacher-led ECE services were registered (up from 61% in 2007).  The largest provider of ECE in New Zealand, Kidicorp with 240 centres, had only 11 licences not in the 80% funding band last cycle.

Some employers’ groups may threaten large scale closures of early childhood centres should the number of qualified/registered teachers be regulated at more than 50%.  But this would be an unlikely reality as employers are usually very good at rising to policy changes and finding ways to meet these. 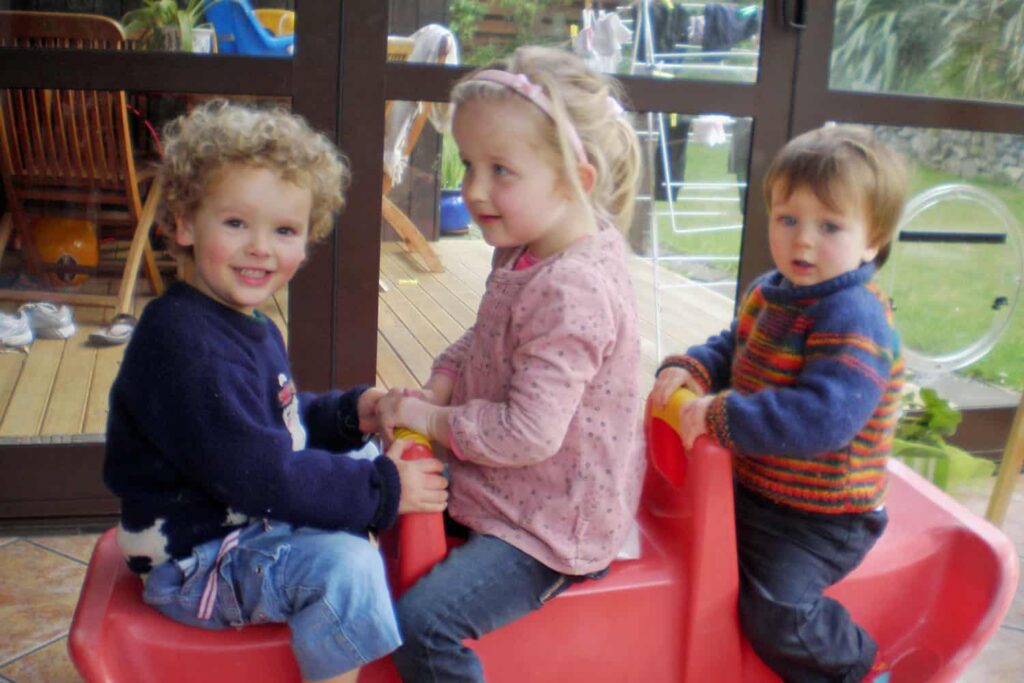 Home-Based Providers Reminded To Make Sure Educators are Paid

April 14, 2014. The Ministry of Education has issued a reminder to all Home-based ECE agency providers to make sure that educators are paid and 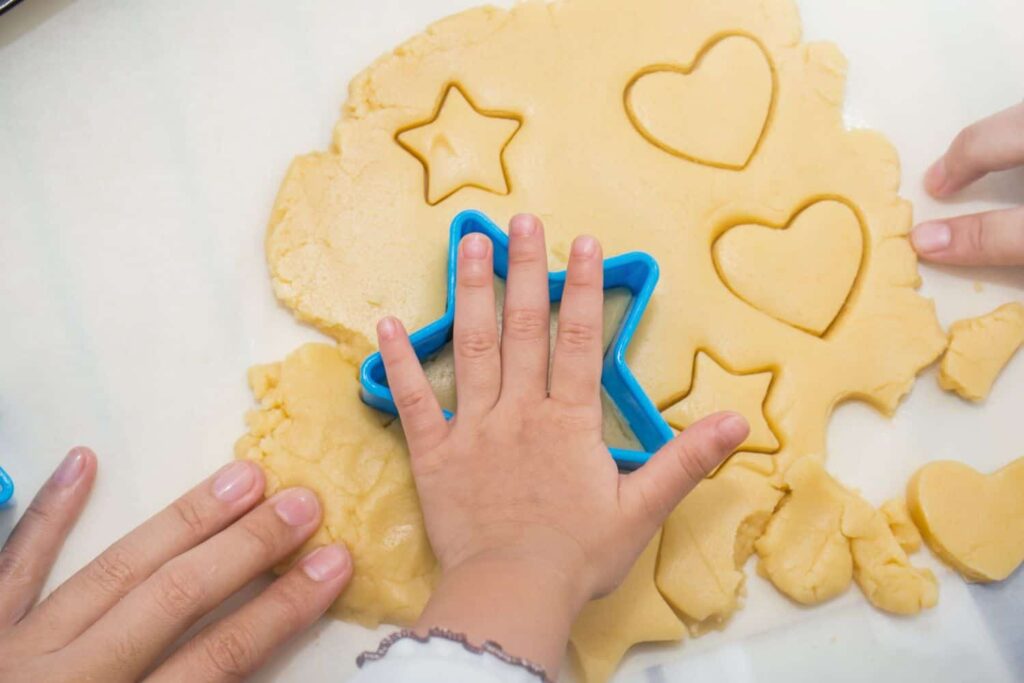 Children’s Playdough in ECE. Here we’ve got an all-time favourite recipe of early childhood teachers for cooked playdough.   We also include recipes for: uncooked playdough and special playdough suitable for shaping into Christmas tree ornaments and gifts to be painted later when hardened. […] 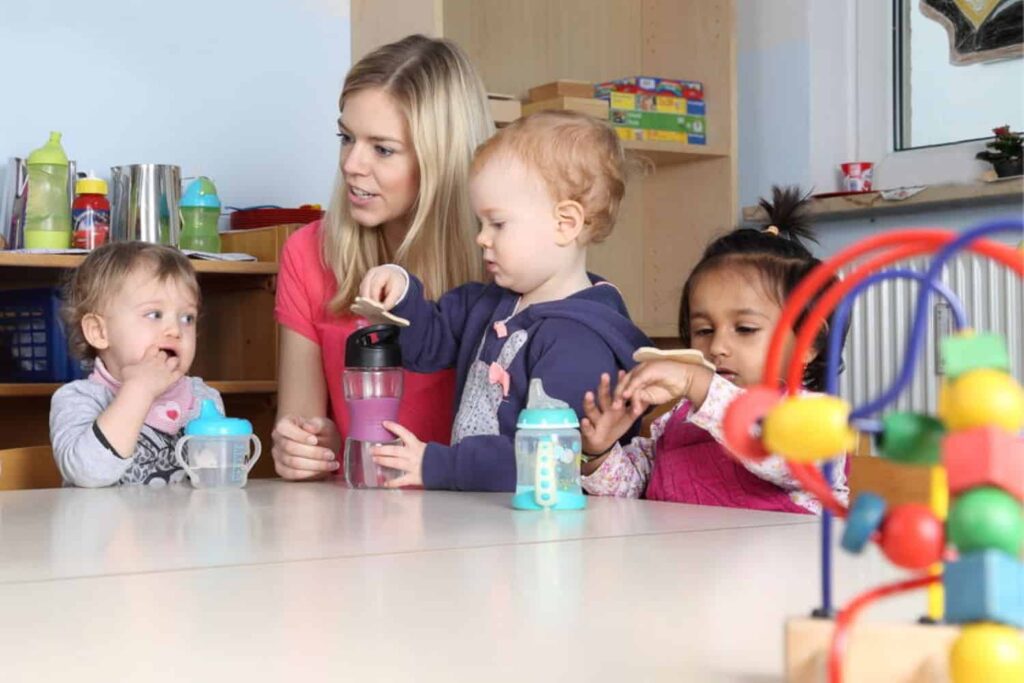 Does Being In Early Childhood Education Cause Children to Be Fat? 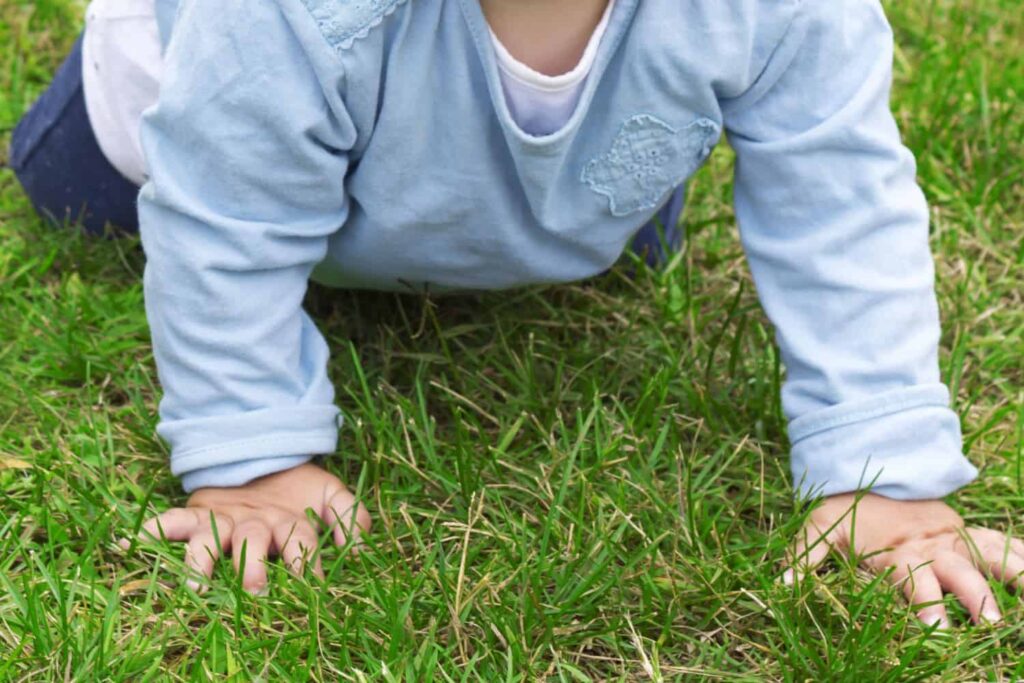 August 23, 2012. The Government’s Better Public Service Action Plan target to have 98% of all of NZ’s children in early childhood education before starting 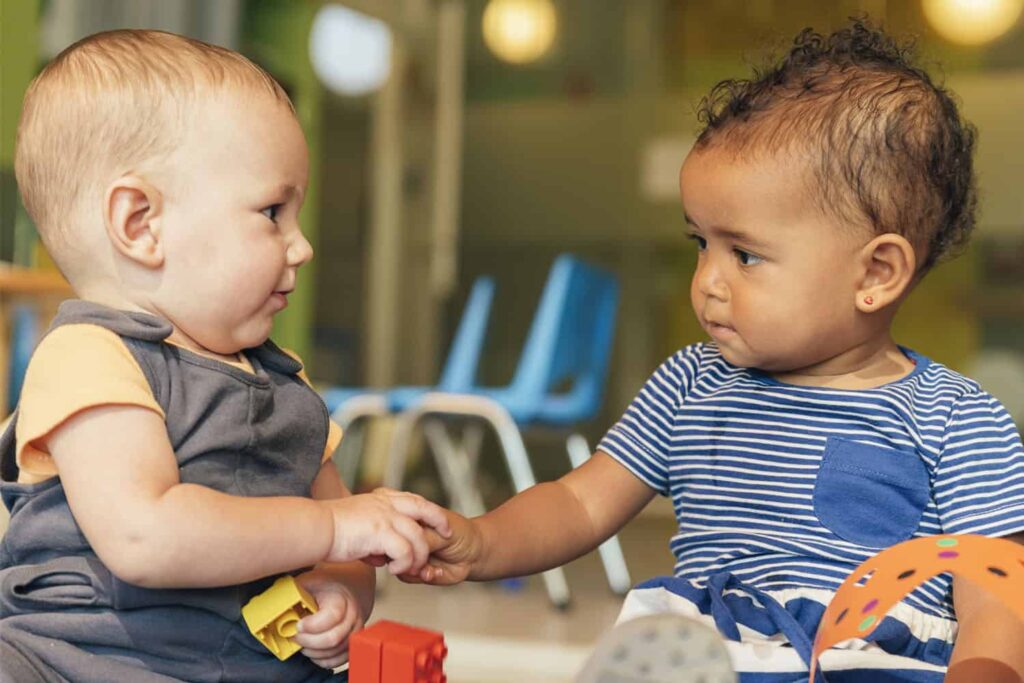