End of an Era for Our Kindys: Privatisation

Home » Public Area » The Big Issues » Public Kindergarten » End of an Era for Our Kindys: Privatisation 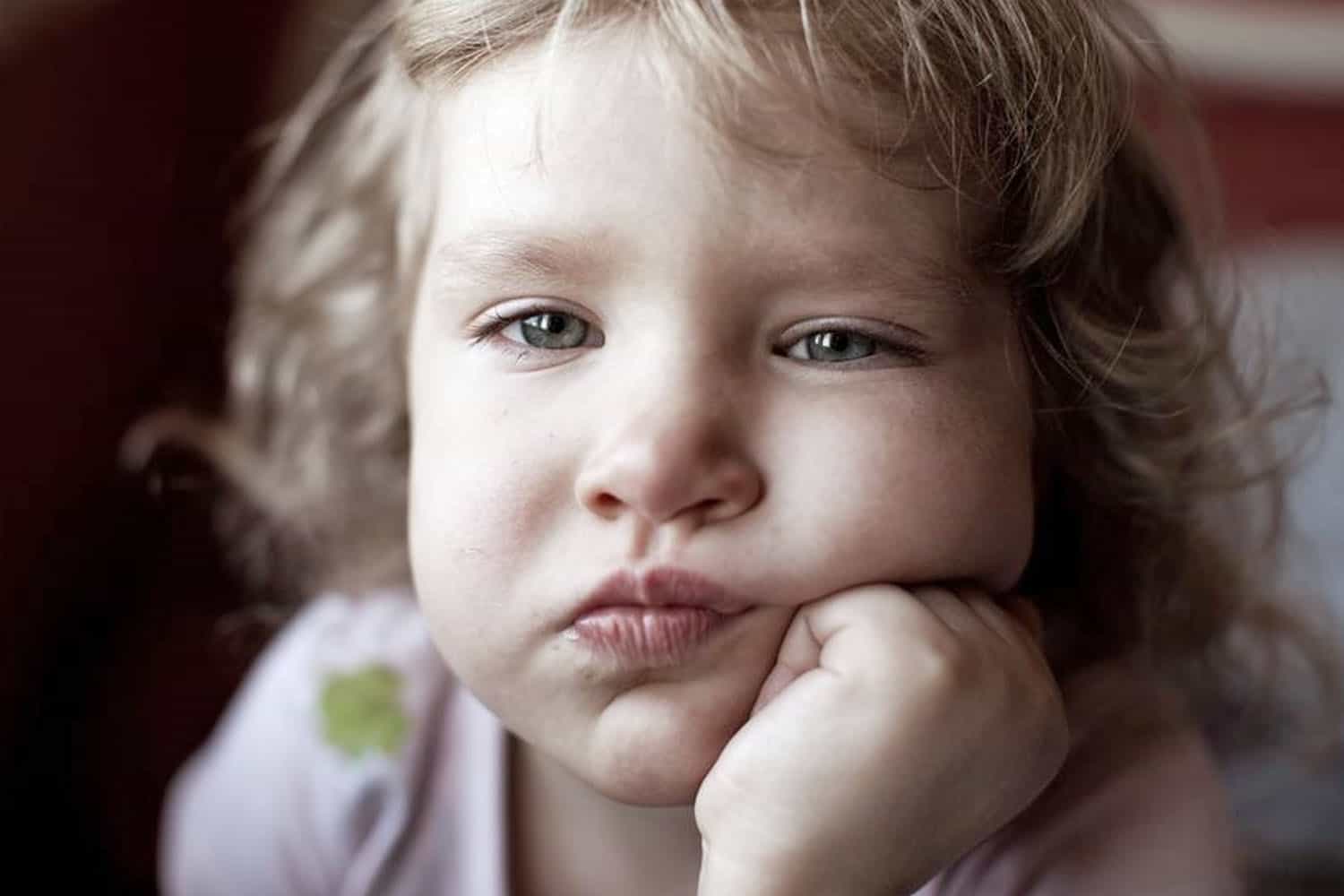 Summary of “End of an Era for Our Kindys” Article.

Parents running kindergarten committees were told in 2007 by Tania Harvey (CEO of AKA) and Jeremy Drummond (AKA’s Board president) that their committees were a thing of the past and funding and control was to be centralised.

One reason given was that parents like them did not have time to be involved and they were doing them a favour by removing the need for kindergarten committees.

The second reason given was the money raised by kindergarten families and government funding would be pooled and spread across communities to benefit kindergartens in poorer areas.

The third reason was that the AKA wanted full financial control of money from the 20 Hours Free ECE funding scheme coming in shortly; and it also could do with access to the money from levying parents ‘optional’ charges to fund a bigger head office and more staff.

“The changes were signalled abruptly, in late June.  Just before the 20 hours Free ECE legislation came in on July 1 Ponsonby parents got a letter asking them to pay an extra 50 cents per hour “optional donation”.  Next came the kindy’s July newsletter – individual kindy committees were to be abolished and would be replaced by family and whanau groups.”

End of an era for our kindys

Four well-dressed, well-spoken women sit in a semicircle at Kohia Teachers’ College, facing their leaders. There is Pats Kinnaird chairperson of Mission Bay kindergarten with her treasurer who is armed with a thick file of expertly laid out accounts, Andrea Jacobson, from Ponsonby Kindergarten, and a lone representative from Howick. Together with their committees they put in hundreds of hours a year to run, fund and support their local kindergartens.

And today, they hear, they are no longer relevant.

On the other side of the circle are Jeremy Drummond, the unusually name female president of the Kindergarten Council (AKA Board) and Tanya Harvey the energetic young general manager of the Auckland Kindergarten Association (AKA). An accountant by trade, Harvey started out helping kindergarten committees with their budgets.

Over the next hour the couple convince the small audience their committees have become a thing of the past.  As they put it, there are now only around 12 “pure” committees servicing the 107 kindys in the greater Auckland area. Mission Bay and Ponsonby are two of them – and they are living in a bubble and out of step with the rest of the region’s kindys.

By “pure” Harvey means committees that have a chairperson, finance person plus enough members to form a quorum, meaning kindergartens like Mission Bay and Ponsonby largely run their own finances, fundraise, employ their own teacher aides and administrators, pay the running costs of their kindergartens and run a small surplus.  The other 95-odd kindys are largely administered by teachers, backed by the AKA head office.

Now it is time, says head office, to bring all kindergartens under the same system – which means under the formal and financial control of the AKA. And although they have been following the rules, these increasingly slump-shouldered women soon realise, the minority must join the majority.

Harvey and Drummond say the present committee system is not working. It is hard on parents. Families where both parents work – increasingly the norm – don’t have time to get involved with committees. Some lower decile kindys find even the word ‘committee’ off-putting and daunting.  The turnover of children is too rapid too rapid to give enough stability to committee, and astoundingly, they cite one case where a treasurer prevented a teacher from buying more crayons because he or she wanted in the kindy’s funds in the bank account earning interest.

The women sit there stunned.  “This is how we thought all kindys operated,” says Jacobson whose committee raised more than $10,500 over the past year to paint their kindy. “What about all that fundraising?”

“Oh we’d still like you to do that,” smiles Harvey, tapping her red, pointy-toed books.

Sitting in this quiet room, listening to the energetic former accountant and Drummond, a lawyer, their point-of-view sounds so civilised it is difficult to disagree.

People in less advantaged suburbs are struggling. Obviously the more privileged should be pleased to subsidise them.

Certainly the women today’s group come from affluent suburbs. Those who attended a similar meeting this morning were from Lady Cobham Kindergarten in Orakei, Glendowie and Pigeon Mountain.  Tonight’s group will probably be the same.

But these women are not here because they are bored stay-at-home mums with time on their hands.  All had professional careers before starting their families. Their interest is because under the new kindergarten structure, not only do they become dinosaurs, but also their kindergartens will be financially disadvantaged – Ponsonby by $12,500, Mission Bay by around A10,000.

The changes were signalled abruptly, in late June.  Just before the 20 hours Free ECE legislation came in on July 1 Ponsonby parents got a letter asking them to pay an extra 50 cents per hour “optional donation”.  Next came the kindy’s July newsletter – individual kindy committees were to be abolished and would be replaced by family and whanau groups.

At first the changes did not seem overly serious.  Because parents were under the impression the 50c optional payment most had already agreed to pay would come back to their own kindy.  However, when the AKA’s position was “clarified” in the next newsletter, wonder turned to outrage.  The 50c top-up must be paid to the AKA.

“Parents are furious.  Kindy’s I’ve talked to estimate they will be down by around $12,000 a year”, said Jacobson.

“The kindy teachers are too scared to talk. Parents hate the thought of losing financial control of their kindys and want to retain the right to finance them through parent donations”.

The AKA is cash poor.  Bulk funding payments, which have not increased for several years, have fallen behind costs.

The association could also do with three more staff and better and bigger facilities at head office.

Is this a case of power-mad central office?

Former Auckland Kindergarten Council (AKA Board) president, Victoria Carter, says the AKA – and kindergartens – needed to change to keep up with modern parents’ needs.

“Removing the treasurers would’ve happened sooner if I’d been there,” she says.

On the other hand, good communication with both parents and kindy committees is crucial. “I think it’s a balancing act to satisfy the larger organisation, pay your teachers and not make your committees feel worthless.”

Jacobson is convinced both the Government and the AKA have not-so-secret agendas.

“I feel like we’ve been a sold a move back to centralised power and money-holding under the disguise of some sort of social blackmail,” she says. “There is not one of us who wouldn’t want to help the struggling kindys in our area, but did the Government really want AKA head office to take half of the value of its 20 hours free payment? Because, when you strip out the slippery words like ‘optional charges’ and ‘donations’ that’s what’s happened. 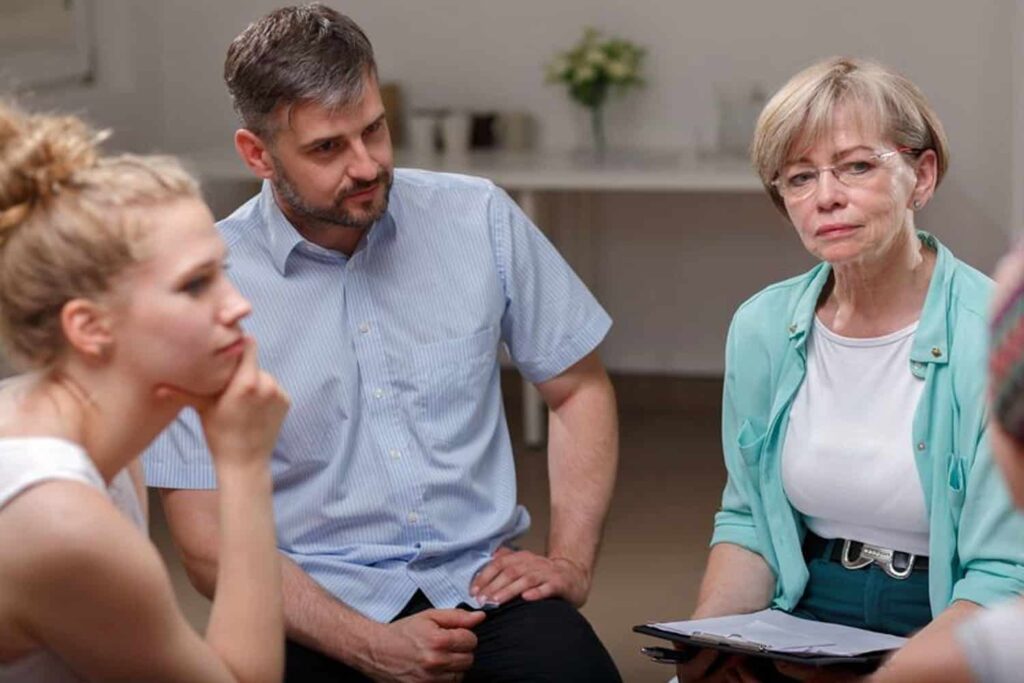 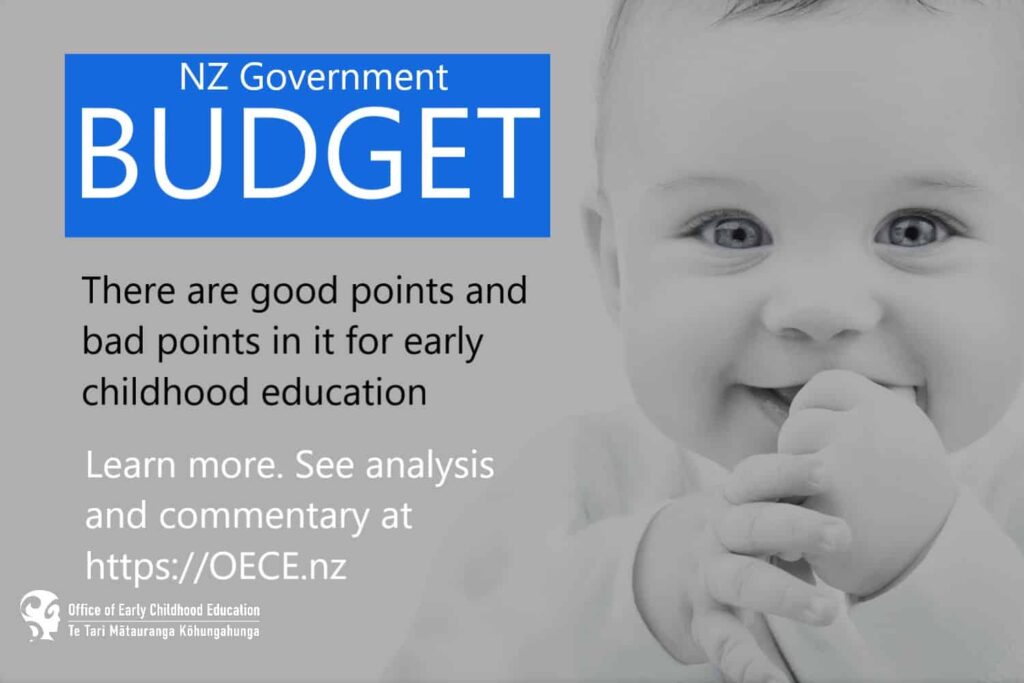 Budget 2022 – What’s in it for Early Childhood Education?

Budget 2022 Commentary and Analysis. May 19, 2022. There are slim pickings for early childhood education (ECE) in this year’s Budget. The Government has failed 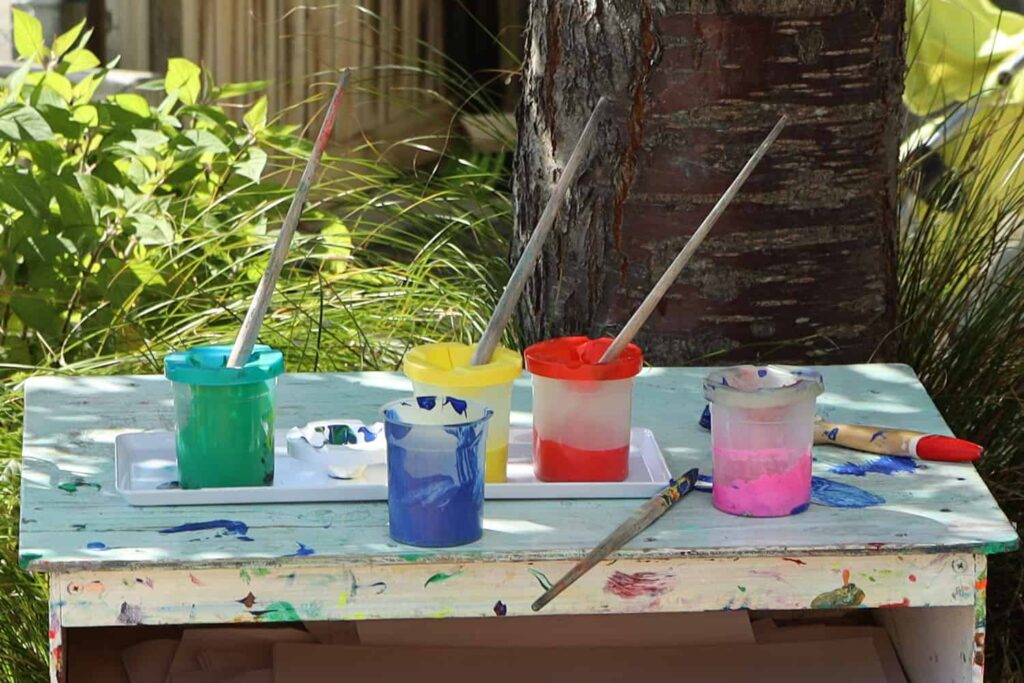 The Latest on the Vaccination Order and Requirements

Mandatory vaccination and prohibition of unvaccinated workers from early childhood centres and those aged 12 yrs and older in homebased ECE.   By getting vaccinated, 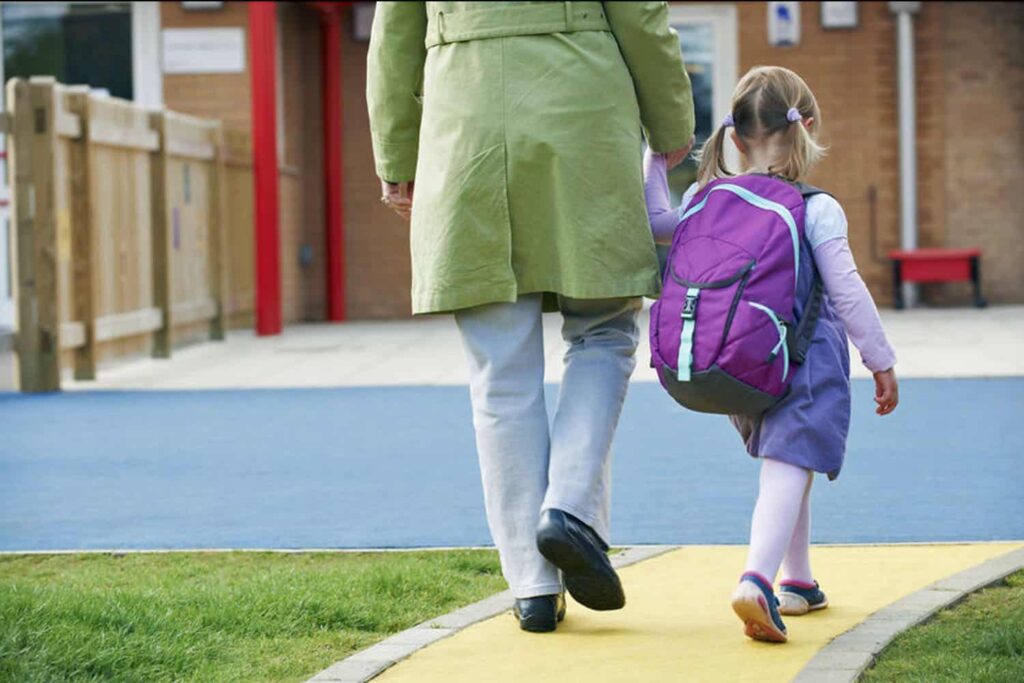 March 26, 2018. In NZ, school entry age is a strongly contested political issue. National says parent choice is important and if parents believe their 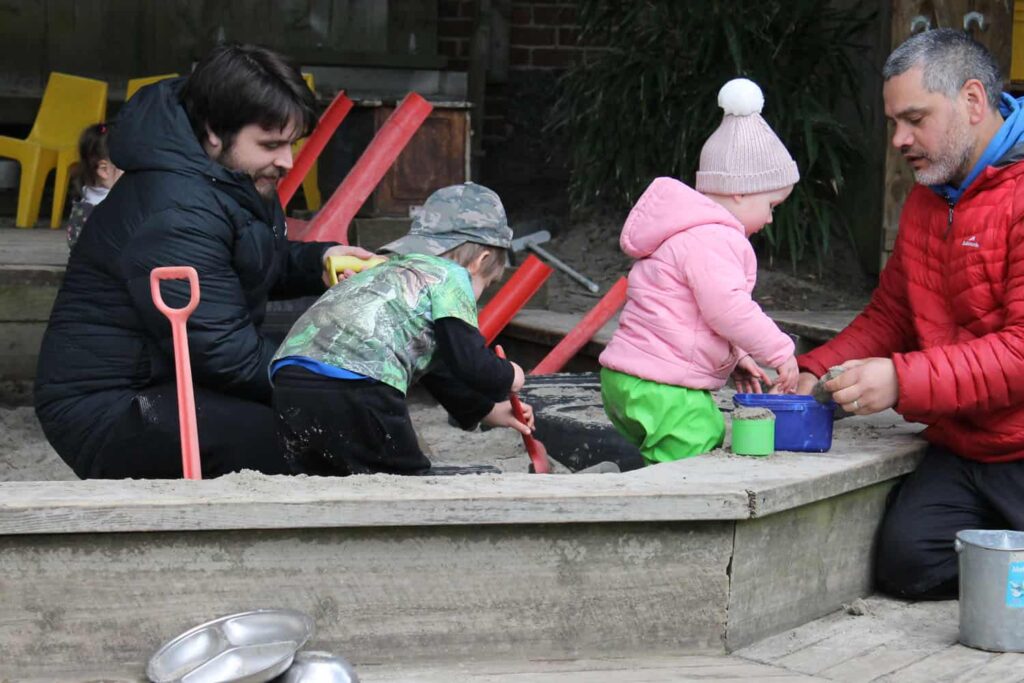 Accepting Males into Teaching Course. Why should we continue to accept men into our teacher education programme when they have difficulty fitting in and so often have difficulty completing training?  Our experience has been that that they either withdraw into themselves or […]